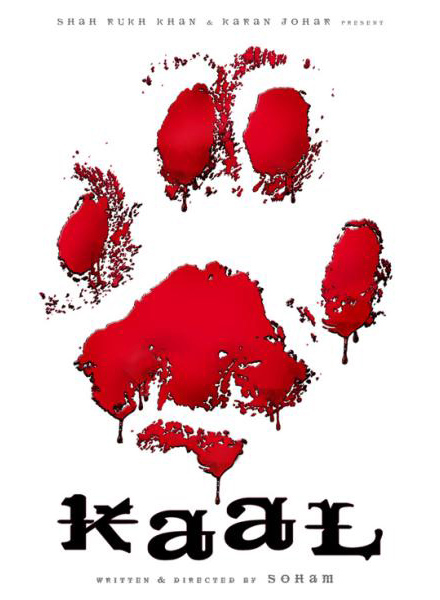 My mission to Leicester* last weekend was all about this film. As always I booked my day off to ensure I caught this on the day of release. Having been given a 15 certificate, I think even the teaser poster tells you clearly enough that this isn’t another romantic comedy feel-good film.

This is outside of ‘that’ genre, which is scarcely tackled in the sparkling world of Bollywood. With a tagline like ‘Time to Die’ one may wonder if such a film would work with songs. My thoughts, if the mood of the songs were right, maybe, but the makers have played it safe & decided against it.

They’ve left the songs to merely background score which works quite well & compensated viewers with having two item number** songs for the opening & closing credits of the film.

The energetic ‘Kaal Dhamaal’*** song in the opening is a highlight for the SRK fans out there, myself inclusive, setting the pace nicely for what follows.

Synopsis:
Project: ‘Save The Tiger’
Location: ‘Orbit Park’ in India.

Just 5000 tigers left in the wild all over the world yet tiger poaching is at its peak. International Wildlife Welfare appoints conservationist Krish Thapar (John Abraham) and his wife Riya (Esha Deol) to find out the reason behind the mysterious deaths caused by man-eating tigers in the past two months.

Dev (Vivek Oberoi) with his group of friends including his girlfriend Ishika (Lara Dutta) set out for an adventure trip for the weekend. Destiny diverts them from their planned route towards the very same jungle.

The two groups bond together but the same night the fear that revolved around the jungle comes alive. Now starts a journey with fear, panic and trauma as death is felt in the air.

The gang comes across Kali Pratap Singh (Ajay Devgan) who takes the challenge of helping them escape out of the jungle, which has never been so alive. In this run for life the only escape is to escape the time of death – Kaal. Those who know the cause of death are dead. Those who want to know, come to the jungle.

Review:
The opening of the film is a kill in the jungle, followed by the introductions of the key characters & how they end up in the jungle. though a fairly slow paced start, with some cliche devices getting us there like jerky moderations in score volume, isolated close-ups of dodgy looking irrelevant characters & inauspicious signs, including the crucial black cat, there’s a tongue in cheek element to all of this. Thus we set the mood of the film.

You expect it to pick up the pace a notch once all the main characters collaborate their efforts to reach safety & though it does, I felt this part was a tad slow & does testing the patience of the viewer a little, especially the number of times they seem to stumble into minor troubles repeatedly.

There is a subtle dry comedy about it that appears every once in a while. It lightens the mood some & keeps viewers focussed during these points. Having said this, perhaps this may have been intended to maintain a steady progression in the narrative to emphasize the following sequences.

The sequence where we see the main characters first confrontation with the tigers & the introduction of Ajay Devgan’s character is superb and sticks out as a mark above the rest.

At intermission, we are left with the possibility that the cause of the killings may go deeper than just the tigers, this reveal is timed well to let us in on it early enough to not feel distaste or feel cheated once the plot does unravel itself.

As expected, the pace picks up a fair bit in the second half & as the mystery unravels. You do find yourself pointing fingers in almost every direction. The chases, the deaths, it all leads up to an unexpected climax which has been handled with much sincerity.

The background score by Salim – Sulaiman and cinematography by Santosh Thundiyil need a special mention. For a commercially risky film, taking strong technicians in these areas certainly benefit it.

As for the performances, Ajay Devgan emerges the shining star despite having a small role. His performance is sure to be admired & applauded. There couldn’t be a more seasoned performance for his role, he proves he’s a seasoned veteran, from his dialogue delivery to his body language, he is truly awesome. His character is the one etched into your memory even after the show.

Vivek Oberoi seems to fit his role successfully without much effort making his presence felt. His repeated line “Cut The Crap” and constantly irate character does require him to display a certain arrogance & attitude. He’ll probably be remembered for his instant anger & wanting to kill everyone.

John Abraham suits his role well & is progressing as an actor in each film. Lara Dutta and Esha Deol are strictly okay for what they do. Admittedly they don’t get much to do except look pretty, scream & irritate. In this venture Lara excels in the screaming & looking pretty, Esha in the irritating. The supporting starcast fill their relevant parts fairly functionally.

Soham Shah who has previously assisted Ram Gopal Varma & Karan Johar, two exact opposite ends of the Bollywood industry finds his feet with a unique film. He has rightly combined Johar and Varma’s skills to generate something that is far from either. The cries of “we want something different” from the Indian audience have been heard!

‘Kaal’ undeniably defies the Bollywood stereotype & is certainly a step in the right direction. An infant step perhaps, but a step none-the-less. Though I see what they’re trying to do & it works to an extent, it does yet have room for much improvement. The film does have a slight amateur feel to it, primarily likely due to limited budgets, nevertheless its a respectable film for a first time attempt & in my opinion certainly worth a watch.

Overall a safe venture by Karan Johar & SRK, they couldn’t really go wrong with this. It marks their debut as a partnership in production where they’ve shown they are willing to experiment & support fresh ideas & artists. Taking the back seat, supporting newbies in the industry should earn them street credit, whether a fair amount of money flows their way too will likely decide what’s next for them.

*Leicester – Land of indians in the UK, known to have the largest Diwali celebrations outside of India.
**Item Number – Glamorous music videos, usually intended to be sensual and having no particular relevance to the plot per se.
*** – ‘Kaal Dhamaal pairs Shah Rukh Khan with Malaika Arora Khan once more. They were last seen together in Dil Se (1998), the first Bollywood film to reach the Top-10 in the UK movie charts. Interestingly, that too was only for a song.

You contacted me about writing reviews… but did not leave a return email address. Contact me again if you’re still interested, this time with your email address!

Do I want to see the movie? A simple look at the poster, and my attention is gained.
It’s a 15 cert, they’ve made a good start by avoiding the whole 12a crap that seems to flood our cinema’s.
The actor’s have put in the effort – well accept for the women, who as far as I’m informed are just in the movie to let us know they exist, if only to show they’re helpless and good looking.
Apparently I’ll be ‘pointing my fingers at people’. I’m given the impression that I’ll be doing this quite often and this is gonna bore me, especially if there’s a chance the killer isn’t a tiger. I have visions of ‘The Ghost and the Darkness’, but that movie had the limitation of being based on true events, this feature has no excuse.
But I’m afraid there’s very little in the description that leaps out at me, slaps me in the face with a wet fish and says “yes Raith, this will be a well spent 125 minutes of your life”. Fearing wasting my money, and 125 minutes of my fleeting youth I think I’ll pass.

Contains spoilers! – u’ve been warned.
well… considering i had not heard about this film, i did not know exactly what to expect? tigers… SRK… Devgun, i initially put two and two together and came up with metamorphasising tigers?! i was wrong.
Any who, not a bad effort for the first time director and was always onto sort of a winner with the backing of Johar and SRK. Personally i would have made the surrounding jungle in the film more enclosed and restricted, like sort of a prison. also probably would have killed of the Deol girl as soon as she opened her gob.(just kidding or maybe not) As a viewer i did not feel any empathy or sympathy for any of the cast and i think this film would have made more of an impact if we cared a little more about the actors. Mr. Devgun was effortlessly superb and stole the show as i had anticipated, although his hair was far too well kept for my liking! c’mon man if you were living in the jungle u’d look like a mess me thinks. Although thinking about it, —spoiler-removed— makes it justified i suppose. Abraham was quite good and Vivek definately has potential (Assassin #2)

I didnt like it as much as black!
When am i going to get a dedicated entry onto your blog…….. rember dont talk to her about me. or you’l never see me again.